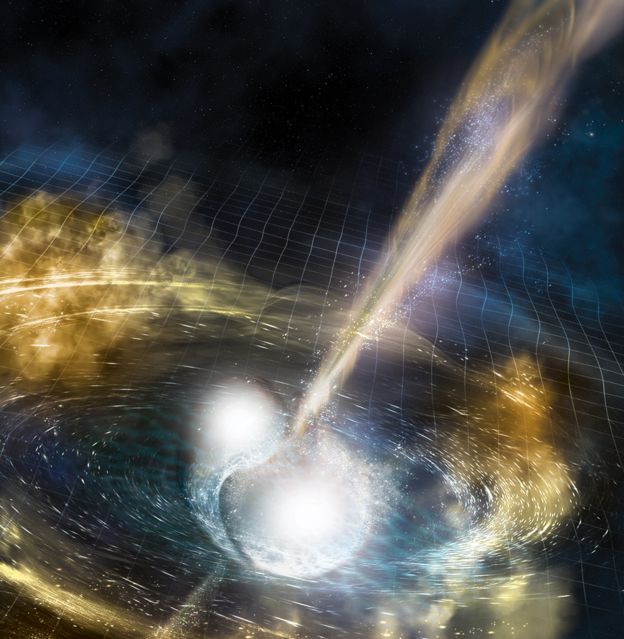 Scientists have detected the warping of space generated by the collision of two dead stars, or neutron stars.

They have confirmed that such mergers lead to the production of the gold and platinum that exists in the Universe.

The measurement of the gravitational waves given off by this cataclysmic event was made on 17 August by the LIGO-VIRGO Collaboration.

The discovery enabled telescopes all…